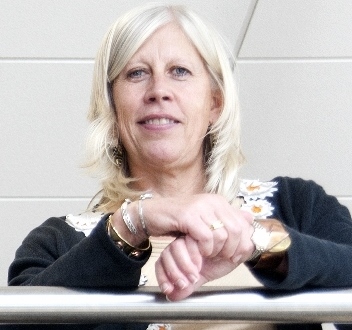 Under threes learning outside

Over the last couple of years I have had the enormous pleasure of observing and learning about the practice of an early years teacher and psychologist working in a day care centre in Portugal. Their practice has changed my view of under- threes!

Under threes are not so preoccupied with themselves as I once thought. They are much more aware of community than ever I was trained to believe.

This centre caters for children from four months to six years and the group of children I was involved with were under two.What was particularly magical for me was that the experiences of these children mostly occurred outside. This is an environment which is more often associate with over threes but not under threes. This project thankfully will change that view, so that outside and under threes can be seen not as an oxymoron but as a synergy.

In this setting the first thing that the teachers had to do was get the parents confident and comfortable with their children going outside. This took a good deal of time and we knew family involvement would be  a ‘determinant to accomplish our goals’. The parents needed to be reassured and reassured a lot. Their young children playing outside was generally a new idea. So if the staff wanted to feel comfortable working outside with the children they needed to know the parents would be okay about it. The parents also needed to know that if they felt concerned about any aspect of their child playing outside they were able to express their anxieties to the staff.

By daily working closely with the parents meant the parents became a group and this helped towards the children becoming a unit and following on this created a sense of group identity in the children. Ultimately there was a strong sense of belonging and connectedness, so that each child and each family felt connected to each other and the setting. Again I was surprised that such young children could feel such emotions, could really care about each other and with such depth. They were not as individually focused as I had once believed they were. Children were able to be empathetic, supportive towards each other, capable of feeling one of their friend’s pain.

When the children used to go outside there was a sense of them simply ‘letting off steam’. As the project progressed and children went out regularly it became a place they closely associated with and poor behaviour simply vanished. The disputes, anger and disagreements that can come from this age group were not apparent. With adult support and through the enrichment of the space with different materials and structures, the children’s play became more complex allowing them to explore and develop new skills and social attributes (eg: creativity, problem solving and cooperation).

A hill and tunnel were probably the most important additions to the space, alongside the soil and a large tank of water which enabled the young children to do something which naturally comes to them, that of transporting. Most of the resources were cheap everyday items such as plastic bottles, funnels, buckets, stones, shells and sticks. It was not expensive to make the outdoor environment a rich source of inspiration.

Over time the children became more autonomous, more adventurous, more motivated to succeed. For me, I see under three year olds in a new light and wonder if we (the adults) have been holding them back through a lack of understanding as to their capabilities and long standing labels.

From this project has come this book:

New book on under threes playing outside

Under threes learning outside